This site runs best with JavaScript enabled.Drawing the System Design of a Product - High level design

Drawing the System Design of a Product - High level design

A good system design should have the following attributes: scalability, reliability, availability, efficiency, and manageability.

React is a JavaScript library used to create user interfaces. Facebook and a community of developers and businesses manage it. React can be used to build single-page or mobile apps.

Why does React matter?

When working with the DOM API, difficulties may arise. React is a virtual browser that lets developers write code in a way that is friendlier than the traditional one.

React's virtual browser is like an agent, mediating the relationship between the developer and the real browser.

React gives developers the ability to state their User Interface (UI) elements and the current state of the UI declaratively. To define how transactions are made, developers used to outline processes, but now they only describe interfaces in terms of a final state (like a function). React takes charge of updating the User Interfaces after transactions are made to that state.

Reusable, composable, and stateful components are used. The React framework makes it possible to re-use a single component in many user interfaces, and components can also be nested inside of other components.

The reactive updates nature. When a component's state (i.e., its input) changes, There is no need to concern ourselves with reflecting these changes, managing when we introduce changes to the browser, or even updating the DOM; React will just update the DOM in response to state changes.

Redux is a tool for managing states. It can be used with any other JavaScript framework or library, though it's most commonly used with React. With a file size of only 2KB (including dependencies), you won't have to worry about it increasing the asset size of your application. Redux will be useful in our project in the following ways:

Express is a Node.js web application framework that offers a comprehensive range of functionality for both web and mobile apps.

Redux-saga is a redux middleware module that makes it easy to handle side effects in your redux application. It accomplishes this by utilizing an ES6 feature known as Generators, enabling us to develop asynchronous code that appears to be synchronous and is simple to test.

The frontend will use React and Redux to implement the MVI (Model-View-Intent) architecture. The graphic below explains it.

According to the preceding description, there is a one-way flow of information such that none of these components can break and interact with each other. This method restricts any change to the state of the UI to a predefined set of activities (intentions). A user's undefined activity cannot create any unwanted changes to the system. The undefined action of a user cannot cause any undesirable modifications to the system.

The backend exhibits a Model-View-Controller architecture. The Model will be our The architecture of the backend is Model-View-Controller. The Model will be our Mongodb database, which will be interfaced using Sequelize. The View is what the user sees and interacts with. We are not creating any templates for this project. All responses are in JSON format, and as a result, the routers take on the function of the view since they will be the initial point at which the frontend interacts with our API.

The Controller handles a given request and returns the required result. It manipulates database data and provides a response indicating whether or not the data modification was successful. Each route is associated with at least one HTTP method, each of which has its own controller.

The HTTP method of a route may also include middlewares that check incoming data before it is transmitted to the controller, such as ensuring that a user is authorized. The following diagram depicts the aforementioned architecture: 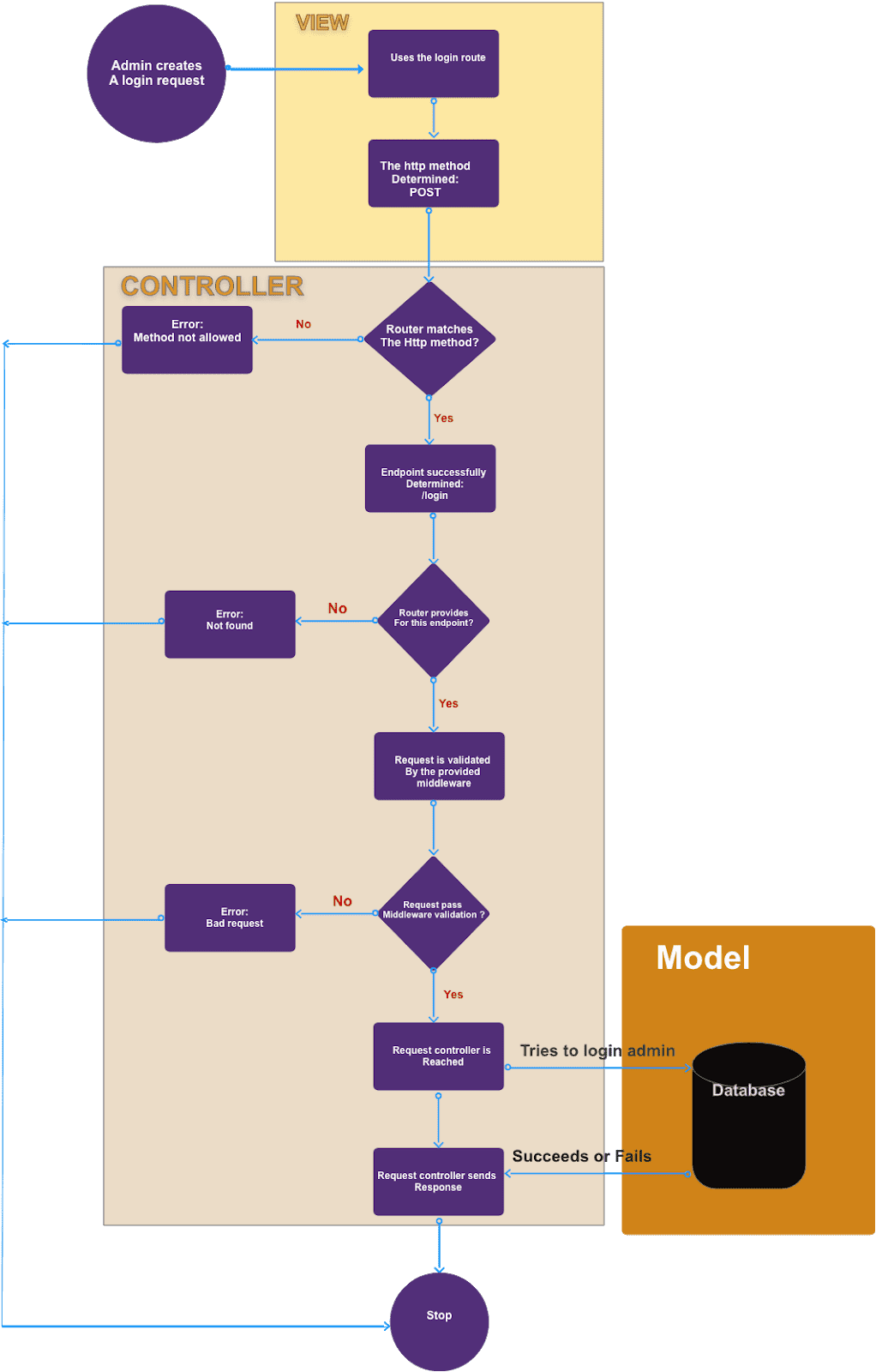 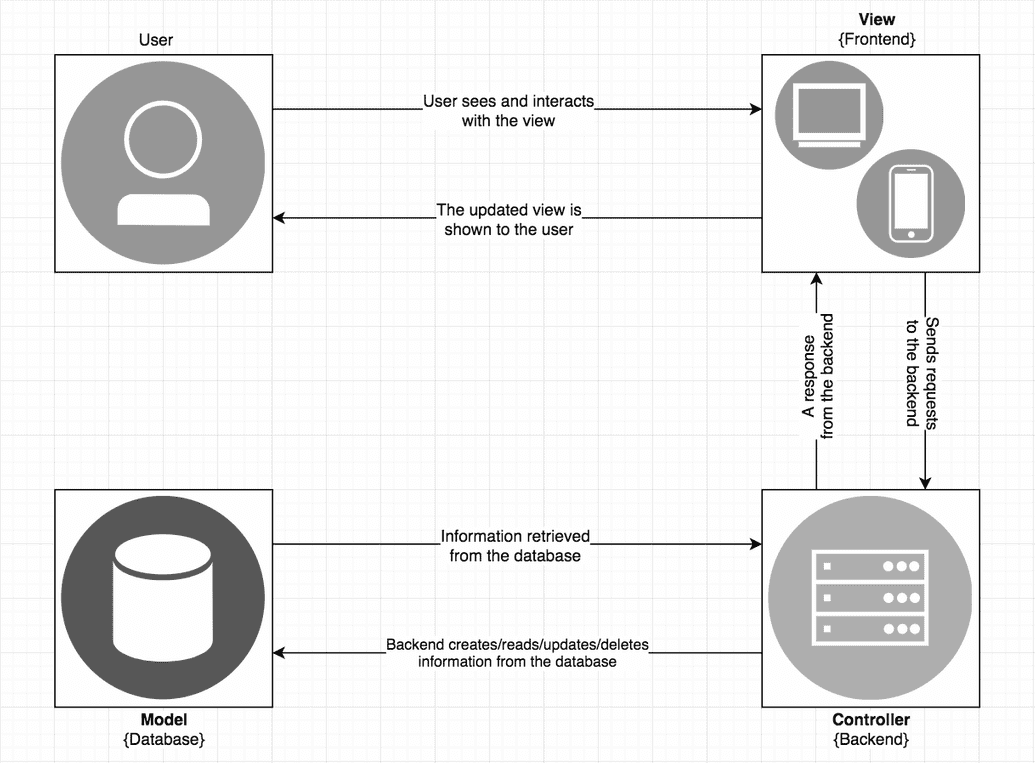 Description of the product’s Web/HTTP APIs

Explicit about what is expected from the system. A good example from twitter would be:

What types of Databases does it connect to?

A database connection is not required for the frontend. A MongoDB database will be used as the backend.

You can look into data sharding and caching, which are also significant in system design. 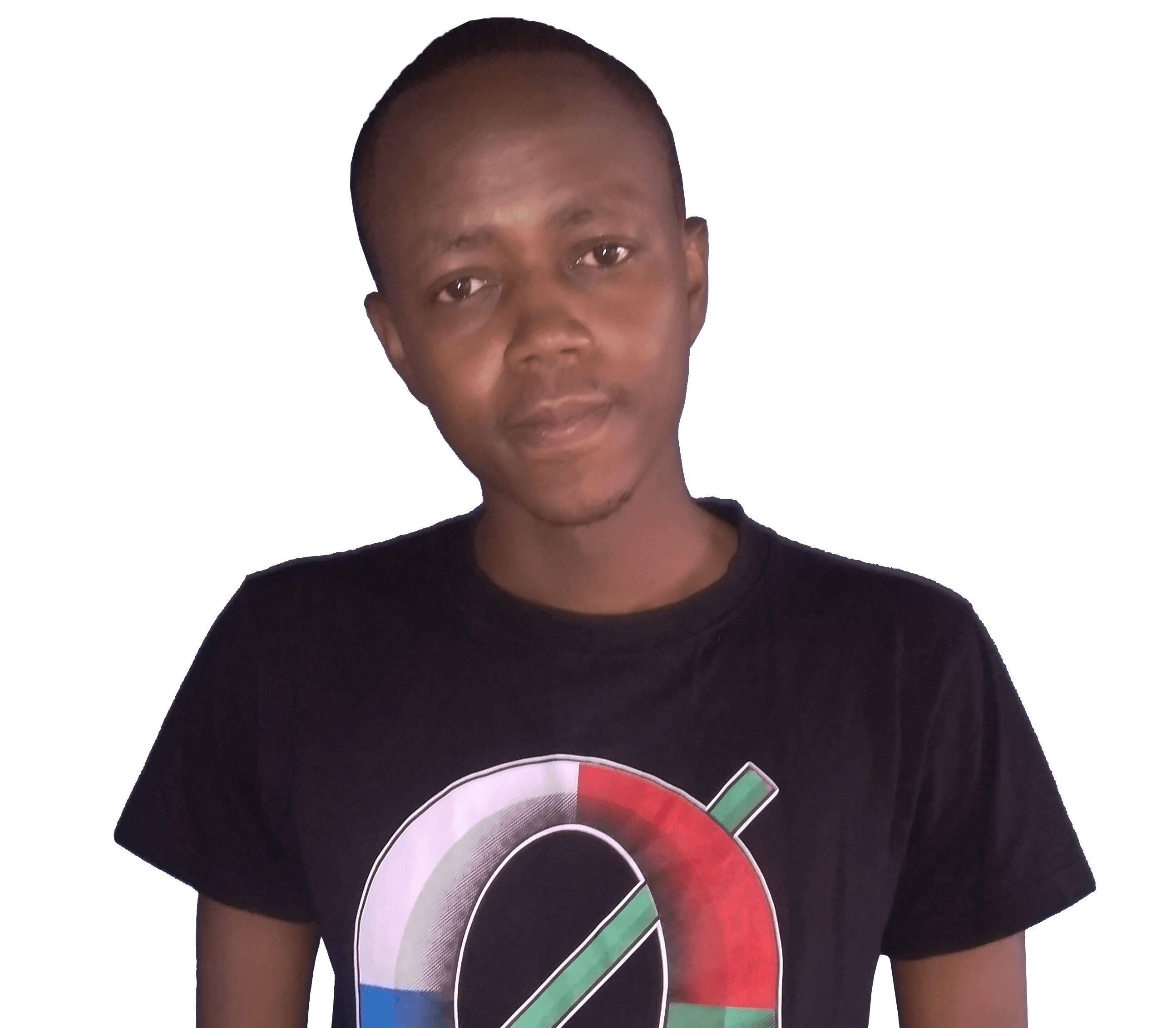 James Chege is a software developer in Nairobi